Blog - Latest News
You are here: Home / Private / I am back

It’s been a long time since I was writing here last time. I was just checking it… 6 month to be exact. That is really a long time. And even before that, I was writing for a long time just sporadically (beside of the Road Trip).
But also nobody was complaining :P 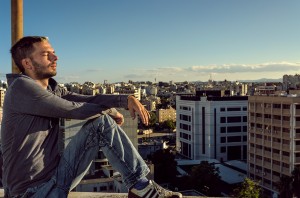 It’s not like nothing happen in the last 6 month.Actually a lot happened. But nothing to tell in a blog or any online source. Lets say there was a big emotional rollercoaster… with all the trimmings. That also took my mood to write here. Plus I was very busy that times with other things. And also the time started to fly.
I just read the the article about the Olympus E-620 and it feels like it was yesterday. 6 month passed since then. Really a lot happened in the last 6 month. And yet this long period of time seems to me very, very short.

So, what happend here in the last month? I make it short. The long version could fill books.
I fall in love with someone I knew longer already. There was also another one. Back and forth… the other got the woman. I got the broken heart. A long sequel and done. (Shortest possible version… for a story which was going on for 6 month.)
I was thinking a lot in that time about all and sundry, the situation and myself. I recognized some mistakes in myself and tried to change my life partly. Since beginning of this year I go regularly to the gym. 2 month ago I started then Muay Thai as well. Moved into a bigger flat (to big actually). :) And some other personal changes.

And now almost the same story repeated.
I think at the current point I don’t care what will happen with the woman. I made a decision and do just the planing to it. An nobody will interrupt that anymore. For the first woman (with the long story) I just canceled all my future plans (freedom of traveling). She have a child already and I was ready to found a family with her. We were talking about it and made partly plans already.

Now I am back to my old path. I want to see the world. Being curious and traveling everywhere. The second (short) story was fitting into it, because she wants to travel as well. In a different way as I want (she wants backpacking and I want to have my home with me, with a camper), but we could have find a way. Where there’s a will there’s a way. 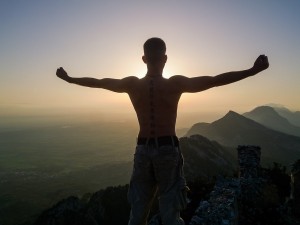 Now I ‘ve said it already. My plan is to purchase a mobile home and to travel the world with it. The plan, so far, is still very rough, but clear.
The current question is: buying a mobile home or build it myself. A ready one… is ready. There is possibly just a general overhaul necessary and you’re set. But it is always recognizable as a camper. The idea for a DIY is that you can customize it to your taste and you can make it inconspicuous (so it is less attractive to thieves). Of course, at the DIY version also plays the ‘playfulness’ a not insignificant role. :)
The whole project is very costly in the starting phase. I estimate the cost with 15,000 euro . Whether for secondhand or DIY . Of course we are talking about used vehicles. A used (and correspondingly old) motor home or a used motor home base vehicle .
The money has to be saved first. And I think that I will be not able to save it in Cyprus. I’ll probably have to go back to Germany for some time. Conveniently living while saving as much as possible . Loan is not an option for me. I would not get it anyway (without collateral).

Now the common question : And then what? How do shall it go then?
Well, I always say to people ‘I ‘m a programmer . This is so cool. I can work from everywhere in the world. I just need internet.’ And … where am I? Since over 6 years in Cyprus. ‘Everywhere’ is different.
We fortunately live in a very modern world. Internet is also available via satellite. You only need a receiver. A dish on the roof, or wherever. I looked around a bit and found a company that offers that. Nowadays you do not even need a back-channel anymore. In the earlier days you could receive Internet via satellite, but you still needed a land line for sending the data. This is now no longer like that and thus it is absolutely independent.
So I can create a prerequisite for my work and can work from anywhere in Europe. ( The provider only covers Europe… so I will have a long stay in Europe first… but that’s big too.)

More thoughts to date are :

More will not come to my mind right now. But it certainly arise more details.

That’s the plan. Why do I want to do that? Hard to explain. Here in Cyprus, I’m ‘done’ . It doesn’t excites me here any more. I think I know here almost every corner and at some point you come here to a point where you say ‘That’s enough. Get off the island.’. Then you think about it a few months back and forth … but at the end nothing changes on this thought. Even otherwise, nothing changes. What this thought only strengthened … until eventually the time has come.

A long time I was thinking ‘Where shall I then go?’. Back to Germany? No, not really. But where then? And … I have not really found an answer. Now I have one… everywhere. And with that answer I am very happy. 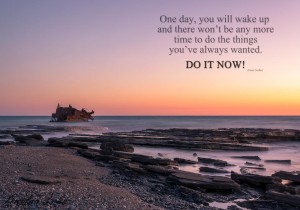 I know that this ‘project’ for most people is not traceable. One can not travel continuously through the world and live in an RV all the time. That is not possible. But… they can! And there are people who have been doing this for long already. And they are still alive . ;)
It’s not the typical, prescribed scheme … home, family, children, dog, regular job, pension, death… And everything which is not running according to scheme, makes people fearful. Everyone who is not integrated into the scheme is sentenced. ‘That will not do.’, ‘ How can you just?’, ‘ Expectant reasonable! ‘, etc.
I have contact with some people who do not live according to the scheme and go their own way. Be it Homosexuals, Spiritual people, long-term travelers, hippies, vegetarians/vegans, etc. … People who do not ‘normal’ according to the rules of society. All know this unacceptability too well. All get to hear the same words from their fellow human beings. We should become reasonable! So in other words, we should start to go with the flow.
From my experience I can tell you who once swam with an open mind against the flow will never again (want to) go with the flow.

But this should be no philosophy hour. (Maybe another time.)
I for my part have adopted this plan (especially after the experience of our road trip last year) . And so it will be … :) Hopefully.

Yes, as far as only once by me.
The writing is not as fluid as used to be. I probably come out of practice. I should do it again more often :)
That’s why I shorten this here now and will continue next time. Probably there will still something new or I find something old new.

Oh, and I am still photographing, of course… or, after a break, again. I will upload a few pictures in the next few days, which are already a few weeks or months old… however.

Well then, see you soon.
Gordon

Sunset over the Limassol