I have finally a new mobile :) (I know, not big exciting news… but better then nothing ;) )

I needed urgent a new one, after my good old T-Mobile MDA2 died – after 5 years – during my German visiting in October. Ok, I shouldn’t have let it fall on the tiles… but it happened. What can I do.

Actually it wasn’t really completely broken… only the internal memory broke somehow. Always when I tried to open my contacts or sms… it froze and I just could restart it. All the other functions (which didn’t try to get access to the memory) was still working. But what do I want with a mobile without phone book or sms?
And actually all my contacts are still in the phone… and I don’t have access to them anymore :( All gone. Of course I don’t have any backup. Just some are on the SIM card… but really old ones. :(

A friend of mine gave me hers for the first time. An old Nokia 7230 slider. It worked out for the moment (actually it is not a bad device)… but I am in use to all the gimmickry – like touch screen, alarm clock with MP3, Videos, etc. – and didn’t wanted to go backwards. More forwards. :)
As I said, my old mobile was on the state of art of over 5 years ago. A lot happened since that time.

So I was searching in the internet for something useful and in my budget range… which was very tight. The choice wasn’t very big.
All the big brands – like Samsung Galaxy or iPhone – was definitely out of the range. From time to time I found some cheap ones… but the feedback was always not very good.
And then are some cheap imitates from China around here… which are even more worse. 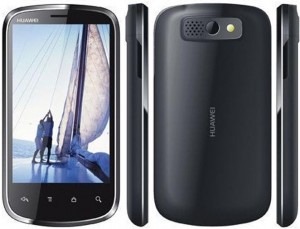 And then I found an advertising in a local classifieds market of a young woman who is selling smartphones for charity. She get the phones from some dealer for free and is collecting the money for some organization which takes care about children of UK military families… didn’t really understood it.But it is for something good.
The offered mobile was an Huawei U8800. – I couldn’t find much about this mobile either. Also just a cheap model which is not very frequented on the market. But new for 70 Euro… I had to give it a try.
So, I bought one.

That was the day before yesterday. Here now the first small report :)
I was very positive surprised about the device. It includes a lot of functions… also WIFI and GPS. GPS is very seldom in cheap mobiles… and I am happy it have it … so I don’t need to use an external GPS receiver to use a navigation software.

Also very important – which is almost in every cheap model shit – is the touchscreen. It works very easy (I almost don’t need to touch the screen) and it is very accurately. Which is very important when you type an SMS (or even E-Mail). If you need 3 tries to get one character… then it takes ages to type a whole SMS and it freaks you out.

The U8800 is working with an Android operating system of course. But it is trimmed on Google. That means all is full with Google apps, which you can’t uninstall. But ok, you can ignore them, if needed.
The WFIF 802.11 b/g/n is a bit slow, but browsing and downloading apps is ok, just a bit slowly.
Apps can be simply installed by the Google Market. I think there are no big differences between the mobiles. Android is Android, I think.

The only think yet which I don’t like it the battery. At the moment I can use the mobile with one full charge around 24 hours. (Also need to say that I just charge it the 2. time full.) And I also need to say that I use it at the moment a lot… of course a new toy for the man :D And even more since I’ve installed Angry Birds :D
But I really hope that the battery life will rise still a bit more.

But in general I am really satisfied (till now) with this mobile. And for 70 Euro I can’t say anything!