Blog - Latest News
You are here: Home1 / Private2 / I’ve been to a classical concert… never call me philistine...

I’ve been to a classical concert. Never let it be said that I am a philistine :)

A friend mentioned that there is a classical concert 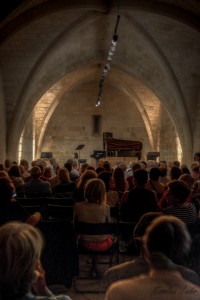 (14th international Pharos Chamber Music Festival). Somewhere in a village between Limassol and Paphos. She wanted to go with another friend. With the bus… changing the bus 3 times… would take them around 2 hours. And somehow… :) I thought ‘Ah, what the hell. For 10 Euro it could worth it to go and check it out. I have anyway no plans that evening.’. So, I offered to join them and offered to go with my car. Would be much faster.

It became quite interesting when I realized that the concert will be in the Royal Manor House in Kouklia. Also known as Sanctuary of Aphrodite. A ancient place with an old villa on it. A very interesting location for a concert.

I collected both girls at 7 and we went off to Kouklia. With the car it took us just half an hour. Cyprus is not that big :)
The concert was supposed to start at 8:30. We arrived around at 8. Of course, we are still in Cyprus, the concert started approx. 15 minutes later. The program was chanced completely (how, I couldn’t understand) and before they started they had also a power cut in the room (good that I had my torch with me :D ).

But then they started finally. 1 1/2 hours violin, piano, viola and cello. … And I have to admit, as someone who is not a big fan of classical music, it was a very nice variety of Rammstein and Co. Live has it a totally different charm as when you just hear it. For sure was also the location not really innocent on the fact that I really liked the concert.
The time was just passing and it was almost sad when they were playing the last notes. I would have liked to hear more.

I am sure when there is another opportunity for a nice concert, I will go again. Doesn’t matter if classic or any other interesting music genre. Especially if it will be again in a special location. Also would like to go again to a Jazz concert. Lets see.

Following of course some picture and a video of the evening.