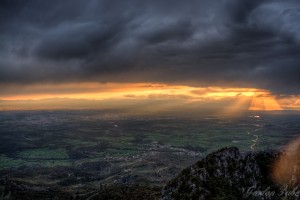 After 2403 days I left my adopted home again. 6 1/2 years in a different country (and then on an island in the Mediterranean) is what other people just dream about :-) But I had several reasons to leave the island again. The main reasons are that new plans arrived, that Cyprus is a small island(!) and live there is also not always sunshine. Plus I was almost the last one from our friend circle core. All others left earlier already.
And some more reasons.

6 1/2 years are quite a long time. I’ve learned, saw and experienced a lot in that time there. So much that I can’t put everything in one article. All this experiences and memories would fill up a whole book (or several). (Even I would love to write down this book, to stop the forgetting.)
I had wonderful times and really bad times. As live is. Nothing is only good or only bad. And I don’t regret that I moved on the island that time. I’ve learned so many valuable things which raised my horizon.

I was living in a country where they don’t speak my mother language (and I survived :) ). I speak, understand and write now (more or less) fluent english (not perfect, but ok). Greek… well, lets not talk about that :-/ But I speak a few more words Polish, Russian, Italian, Spanish and French now.

I found new friends from many countries. Friends from Poland, Ukraine, UK, Germany, Latvia, France, Hungary, USA, Russia, Cyprus, Greece, Sweden, Spain and other countries. Good friends. And I am glad to met each of them.
It was quite interesting to find out the differences between the nations. Also to learn the one or other word in the other language (even I am not a language genius). I think the most known words bei foreigners in German are:

I can look back on awesome memories. For example our camping trips (especially to Karpaz in the north).
I started diving in Cyprus and one of the most awesome dive was in the sunken church in the Kouris dam. But also the wreck of the Zenobia and all the other approx 100 dives (till now).
All the photographing trips with other friends which are into photographing. We found beautiful places and made also beautiful pictures. :-) And actually I started proper photographing in Cyprus as well.
In the last months Ewelina “convinced” me to go climbing with her. Also this I started then in Cyprus.
And all the great meetings with my friends are great memories for me. Doesn’t matter if swimming/diving on the beach or BBQ evening at home. Every meeting was great.

2400 days are a loooong time. I would love to write about everything here… about love and hate, friendship and disappointment, from good and bad times… but I have neither the time nor the memory for it right now. And on the other hand they are my experiences and memories… for you it would be probably boring.
I am very glad that I made this experiences… even I would love, from my perspective now, to make some things different. Unfortunately its never going back, only forward.

And that is another main reason why I left Cyprus. I have a new plan now. Actually I decided 3 years ago already to leave Cyprus. But I couldn’t find a place where I wanted to live. Back to Germany was not an option. But I also didn’t had any other place on this earth in mind where I would like to live for a while. And like this the time was passing and nothing happened. 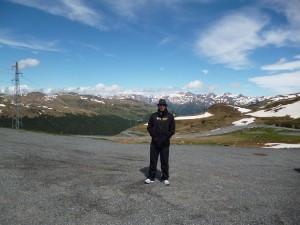 In the summer 2013 I went with a young lady for a road trip through west Europe. We drove in 9 weeks over 9000km through (almost) all countries in west Europe. And this gave me a lot of good and positive energy. But it should took another few month until I realized that this is what I want, what I need to be happy. Traveling… constantly… a lot. I think I am not made to be somewhere longer on one place. I love to see new things, new places and to explore the world.

And this is now the plan. To build a flat on 4 (or more) wheels and then to be home wherever we just are. Just like the motto “Home is where the heart is.” … or something like this :-)

The opinion of the people which we told the plan already are spread far. People which travel by them self or which have a ‘different point of view’ understand us and would do it them self, if they could. Many other people don’t understand it, think we are irrational … till that it is insanity :-)

In general we get to hear that we should think about it again. Unfortunately also from people which are important, like family (slowly they should know me :-) ).
But the plan is made and we will do it… at least we will try.

And we are not fully naive. I mean we don’t want to drive around a beg or something like this. We will have a working live as well. Just that we will live in a flat on wheels. And our desk will be as well in this flat. Our electricity will come from batteries, which will be charged by the sun (or – if the sun is not shining for a while – from a generator). The internet we will get from a satellite or mobile networks.
In our flat will be a proper bed, a proper bathroom (yes, with shower, toilet and sink), a proper kitchen and a proper living room. Just a bit smaller then a normal flat.
Our flat will have a 3way heating system (warm water through a diesel heating and a stove) and an electric floor heating as backup. It will have a air condition for the hot summer days. We will have running water (ok, maximum 1000 liter, then we need to refill). Drinkable water will come from bottles, as in most of the other flats as well, I suppose. We will even have electricity and internet.

I was thinking a long time how to do it. First it should be a camper. A bit adjusted and converted.
But then I was ‘suddenly’ not alone anymore. Ewelina was suddenly with me… well, not so suddenly :-) And with her 2 cats… and it become more complicated. But she was fine with this plan and even liked it as well. So the question was not ‘Yes or No’. The question was ‘How’. And we were both thinking forth and back how to do it. We even started to run around to check camper. It was small… but must work out somehow, we thought.

Until… yes until one day a crazy idea crossed our way. We found (I think it was accidentally… or not…) a converted bus. I mean a proper bus. And in a proper bus is a lot of space. Nothing with 1m² bathroom any more and 5m² for the rest of the flat. No no, here is a lot of space. Approx 20m². And it can be quite cosy.
So we were asking Google what is possible and what other people did already. And we found out, it was not an individual case. There are more crazy people which converted a bus to a mobile home. From very simple to absolute luxury. Most of them did it by them self, but some hired a company. Especially in America it seems to be a trend. But also in Germany is a community already for it. 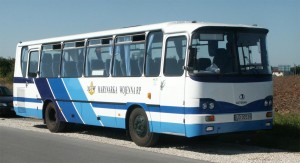 And then the questions came… Which bus shall it be? MAN, Mercedes Benz, SCANIA, Margirus Deutz, etc. The list is long. Quickly we realized that we need a bigger wallet. Ours is to small.
But also therefore is a solution. A risky one, but it is a solution. And the solution is to buy an “old” polish Autosan bus. This ones are just sorted out everywhere in Poland. It means they drove until now on the street. They are very cheap in buying and there are tons of spare parts. Also the maker is still producing spare parts.
Problem on this story is that this bus was never registered in Germany. Not a single registration here. This can be a problem with the registration here. Also with the MOT. Spare parts only in Poland. If something breaks down… I will not think on it right now.
But… its a better price range. So, lets cross all our fingers and hope the best. :-)

Also regarding the converting are we not so naive. We know it will be expensive. Thats why, getting the bus, getting hopefully quick the German papers for it and then converting… piece by piece. Earning money and continuing working on the bus. Until our camper is ready or we run out of nerves :-)

It will be a huge project, yes, that is clear. We know that. But what would be the live without challenges? Would be boring, isn’t it? And as I said, slowly the people should know me. :-D
I love this idea. If we manage it until the end or not. Ich can only learn. I need to take care of the bus and learn how it works (mechanic). I need to make a truck driving license, which is also learning. I need to find out how heating systems are working and need to build one. I need to learn about electric stuff and need to arrange all the electric stuff in the bus (with solar, generator and all this systems). I need to build the water system. Also gas… or I leave this part to a professional guy… better maybe :) And more, much more. I will need to learn so many things with this bus project… things I will need also later in my life.And for sure it will be not a second boring next year! :-D For now I need to go to the nice guy from the DEKRA (like MOT) and to talk to him. What I need to think about and what they need. Like I said, this bus was never registered in Germany. Everything new for them. Who knows what differences they have between the systems, which nobody knows yet.
And when this is clear and nothing big can happen there, then I pick up Ewelina in 2-3 weeks in Poland and we will check straight some buses. And hopefully the right one will be between them already. So we can buy one straight away. :-)

That is the plan for now. I hope I can give more often an update now. Just smaller :-) 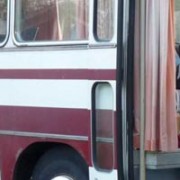 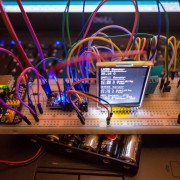 What am I doing with Arduino and Raspberry Pi?
0 replies

What am I doing with Arduino and Raspberry Pi?